Out of nowhere they appear, hoisting a banner that proudly displays their name in neatly embroidered letters, «Juhu Laughter Club,» and below that their slogan:

I’m in Bombay and the sun has not yet risen on Juhu Beach. I have come to see firsthand the work, or rather should I say play, of a most unusual doctor.

Each morning forty or fifty men, women and children come to the beach for their daily dose of laughter. These people are members of one of India’s almost 500 «laughter clubs»; groups which hold outdoor sessions that are free and open to everyone who believes in the therapeutic value of laughter. 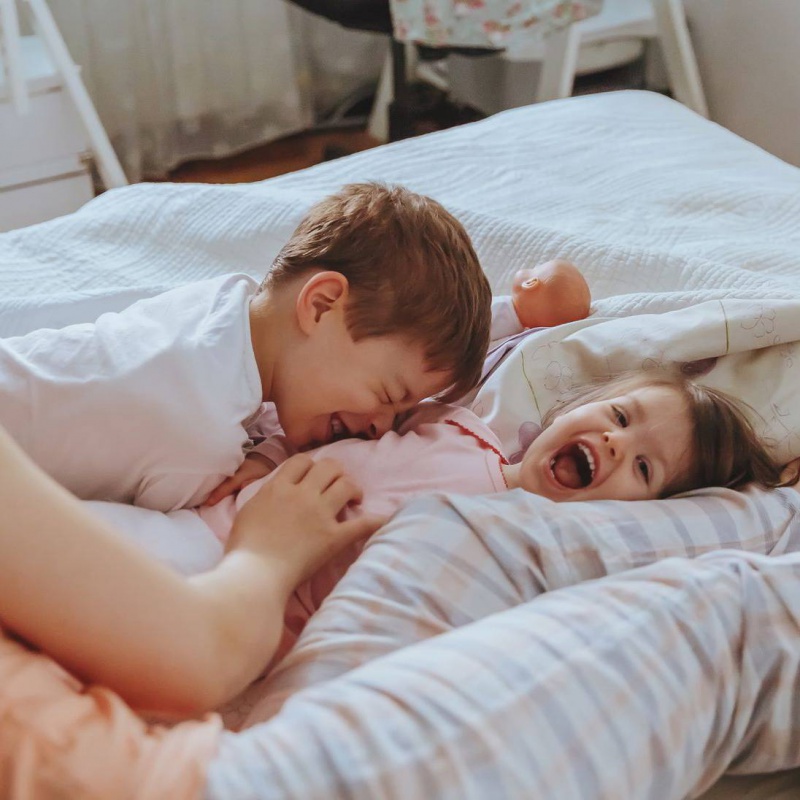 Madan Kataria, affectionately referred to as Dr. Laughter, is the founding force behind India’s laughter therapy. A general practitioner and yoga expert, two decades ago he became interested in the physical and psychological benefits of laughter, and he has been meticulously researching its effect on the body ever since.

Three years ago, when he set up his first laughter club, he was met with ridicule and bewilderment by his medical fraternity, but that did not stop him. Nor did it prevent the idea from spreading like wildfire. This year he is embarking on a worldwide «Laughter Tour» which will include Europe and the United States.

«For many people stress has overtaken their lives. We have forgotten how to laugh,» Dr. Kataria says. «We are living a very foolish life and we are not at peace with ourselves. We need to remember how to laugh. Laughter is a way to inner peace and relaxation.»

I watch as he takes his followers through their routines. It begins innocently enough, with hand clapping and a chorus of ho, ho, ho, ha, ha, ha. Then everyone forms a big circle and people take turns laughing, flapping their arms like a bird and performing other inane antics which, before long, have everyone giggling. And of course laughter is contagious; it feeds on itself. It lasts less than a half-hour but everyone, me included, has laughed a lot. And how does it make us feel? Well, great.

Laughter is serious business to this Indian doctor. He has taken his clubs into factories where workers from the poorest city slums toil. They start the morning shift with a laughing session right on the shop floor. He takes it into schools, colleges, senior citizens homes. «There is no one who can’t be helped by laughter,» he points out. Laughter has become a science to him. He has already evolved 25 different types of laughter, including the Hearty Laugh, a deep, loud chuckle; the Gradient Laugh, which starts off as a smile, breaks into a titter and ends in a full-blown roar; and the Cocktail Laugh, emitting polite titters while moving the head from side to side, to name but a few.

«The only factor in the therapy is that the laughter must be unconditional, like the laughter of children. We laugh because we can, not because of some outside stimulant. We want to liberate laughter from conditions,» he says.

Encountering Dr. Kataria only reconfirmed in my own mind what I’ve known for years. Laughter, fun and joy are highly therapeutic. When you’re having fun, the body produces enzymes that actually help to fight disease. It is well known that depressed people fall ill far more often than those who are happy. Having fun is good for your health. So if you want to be healthy, there’s no excuse-get out there and have fun. Laugh at yourself, laugh at your boss (not to his face), laugh at life’s absurd moments, or, as Dr. Kataria teaches, laugh simply for the sake of laughing. Laughter is available to everyone. Any time. Any place. It is life’s mysterious health tonic.