About once a year I like to introduce our web audience to extraordinary people who are making a difference in the world. Sometimes they are artists or visionaries, and sometimes just ordinary people who do extraordinary things. I am presently in South Africa, where the story of Thulani Ndebele came to my attention. Thulani is from Zimbabwe, and his story of heroism and courage in helping his village people deserves to be shared, as it acts as an inspiration to all of us and shows the power of the will, when backed with vision, to make a difference. 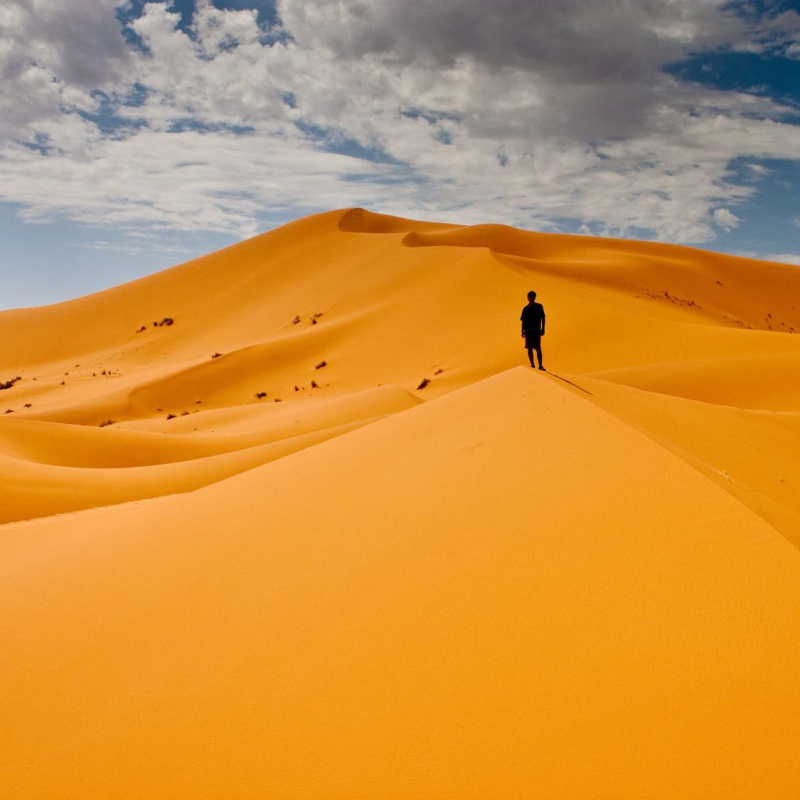 Thulani, a former teacher, left his impoverished village early one morning in January 2006. He headed south, carrying with him only what he was wearing and a plastic bag. The bag would act as a raincoat, and carried one day’s food. He told himself he was following a vision, that he had a mission to complete. His mission was to make it to South Africa and earn money for his village. He had no idea if he would make it to South Africa, or what he would find there if he did. He knew only that there was a better chance of him finding food and basic necessities for his family and fellow villagers in South Africa than there was in Zimbabwe.

“You will be killed,” he was told by the villagers before he left, as roaming bandits and criminals prey on vulnerable wayfarers, but he assured himself that if his ancestors could make the journey on foot, so could he. And besides, what other choice did he have?  In the early 1820s, Thulani’s forefathers had fled KwaZulu-Natal during the height of King Shaka’s power. They had traveled north to Zimbabwe and settled in an area that became known as Matabeleland. Now, almost two centuries later, their great-great grandson was also fleeing the regime of a tyrannical dictator called Robert Mugabe.

Thulani walked every step of the way, surviving by digging up wild plants, and when he arrived at the border three weeks later, he was greatly weakened by the ordeal. Now a new challenge began. He had no passport. After three days of waiting in the searing sun, a kind border official relented and gave him fifty Rand (five dollars) and a pair of shoes to continue his journey. Within hours of crossing the border, knife wielding thieves took his shoes, money and even the shirt he was wearing. His bare feet blistered, the bare skin on his back burned, but his will was still strong and he knew that, as bad as he had it, his people in the village had it even worse. The next day a farmer gave him twenty Rand (two dollars) and another pair of old shoes to continue his journey.

After several more weeks he finally made it to Johannesburg. Here everything frightened him, the traffic, the sounds, the people, and he was forced to sleep on the streets with discarded cardboard being his only protection. Eventually he found work as a waiter in a restaurant, and life in South Africa as a paid worker began for him. He sent money back when he could, but it was not much. However, fate was to play a role in Thulani’s life, and because of his strong will and determination to help not just his own family but his whole village, he attracted to himself a woman who had recently started a foundation to help those in Zimbabwe. His story touched her heart and immediately a plan began to form.

A few days later a four-ton truckload of food and basic necessities was heading to the border, with Thulani aboard. Of course nothing is easy in Zimbabwe, and there were numerous trials in getting the truck across the border and eventually to the village where its cargo was so urgently needed. At last the truck reached the village though, and as it pulled in, the 122 inhabitants could not believe what they were seeing. It was like a vision from heaven. Sacks of maize meal, bags of sugar, packets of rice, tins of fruit and meat, bottles of cooking oil, enough to feed each of the village’s 27 families for months. Wheelbarrows appeared out of nowhere and the food was distributed to even more villages. The village pastor called it “a miracle.” A young man had made it back home to help his people. When he left he was barefoot and had nothing. Now he had returned with tons of food to share with his entire village.

This is the African way. It is called Umbuntu (read past topics). Each person is responsible for each other person. And as inspiring as this story is, it is just one of thousands of stories happening every day all across Africa, stories of ordinary people doing extraordinary things in times of great crisis. This month we salute the courage, will and determination of this one man, Thulani Ndebele, and we have made a financial contribution to his village.