Her identity is top secret, but word of her good deeds has spread across Canada one Tim Horton’s coffee at a time. (Tim Horton’s is our largest coffee and sandwich franchise, with numerous outlets in every major city.)

For the past three years, a mystery woman from Toronto has consistently surprised Tim Horton’s drive-thru customers who pulled up to the take-out window right after the coffee angel» has driven away, only to find their bill has been taken care of. Big order or small, the 40-year-old mother of two boys doles out money for total strangers at Tim Horton’s with a single purpose in mind: To see how good it feels to do something nice for someone else.» 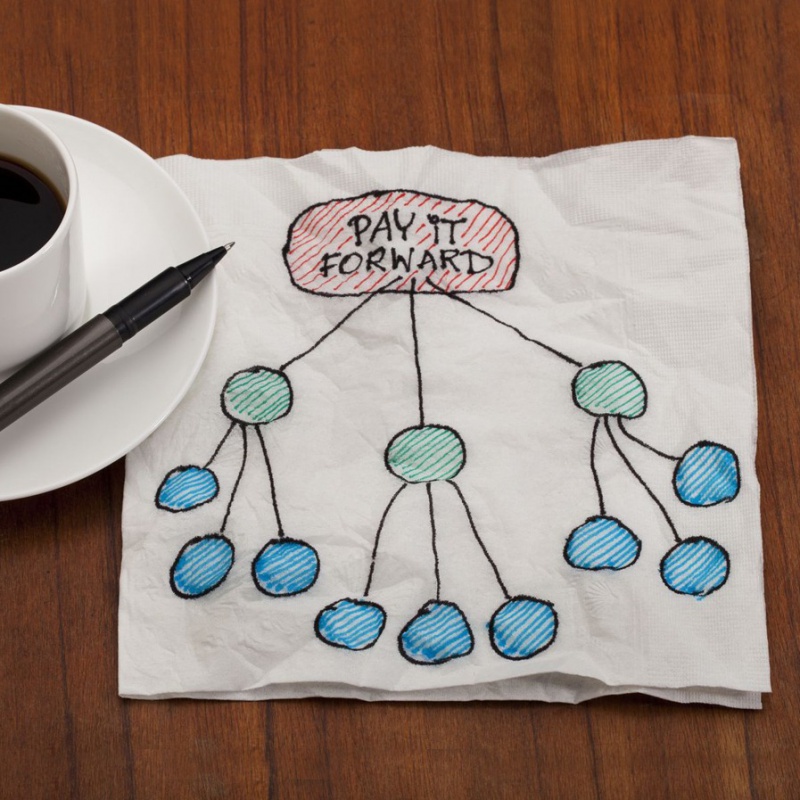 Usually people react with shock, she says. A few have literally chased her car down the road. I’ve had somebody follow me, honking wildly,» she says. I’m trying to wave at them it’s no big deal but they insist on me pulling over. They roll down their window and say, ‘Do I know you?’ No, I say, and they reply, ‘But you bought my food. I have a sandwich here.’ »

They just don’t know how to deal with it. And I say, ‘I hope you enjoy it.’ I really love those moments: when they’re speechless. And then I imagine them going back to their work or to their life and saying, ‘You’re not going to believe this…’ Hopefully it shocks them,» says the woman who refuses to be identified because she does not want to appear in any way self-promotional. And hopefully it injects some positive energy into their days so they can feel better about themselves. I know my kids and I sure do.»

The java angel, whose sons are 12 and 8, says she started the coffee crusade while coming out of a nasty divorce. It was a tough time as a family, and one day I was having a very stressful day at work. I remember very clearly; it was a Monday morning. The next person’s tally came up on the screen after I’d paid my order and it was like a big red neon sign that said to me. ‘You’re supposed to buy that person a coffee.’ I came home that day and I felt so good-after feeling really sad for a long time.»

Employees around the city love the coffee angel, who has befriended many staff at her regular haunts. We all adore her,» says an Assistant Manager at one of the outlets. She’s become a friend who brightens all our days. Sometimes she even starts a chain reaction with as many as five cars buying in succession for the people behind them.» Adds the manager, I always like to see the expression on people’s faces. They’re shocked and pleased too. There is a gentleman who also now comes into our stores and regularly buys for complete strangers. As a movement it seems to be growing.»

Indeed many of the coffee angel’s friends who live in other parts of Canada have started picking up strangers tabs when they hit a Tim Horton’s drive-thru. The angel’s own recently retired mom liked what her daughter was doing so much that she got a job at Tim Horton’s last year, where she insists on working the drive-thru. Every hour, she buys a round of coffee for a car and tells them the anonymous angel paid for it,» her daughter explains.

The gesture is simple and sweet, but perhaps that’s why it resonates with people. This keeps me grounded,» says the mystery woman. Somebody asked me once, ‘What if the person doesn’t appreciate it?’ It doesn’t matter. My whole mantra is that happiness is a choice. And your attitude is all you’ve got in life. You have to choose those things in life that help you take your power back. This was my boys’ and my way to take our happiness back and feel good.»

Happy Holidays everyone from all of us!