The Power of Vibration

One of the first people in our time to render vibration into visible forms was the eighteenth-century German physicist Ernst Chladni, who began by scattering sand on steel disks and observing the changing patterns produced by playing various notes on a violin. These “Chladni figures” which have so inspired artists and symbolists, result from the fact that the disk resonates to the violin only in certain places, shifting the sand to those areas which are inert.

Chladni’s work inspired the late Hans Jenny of Zurich to spend ten years duplicating and expanding his experiments with sophisticated equipment, and he named the pursuit cymatics, the study of the interrelationship of waveforms with matter. 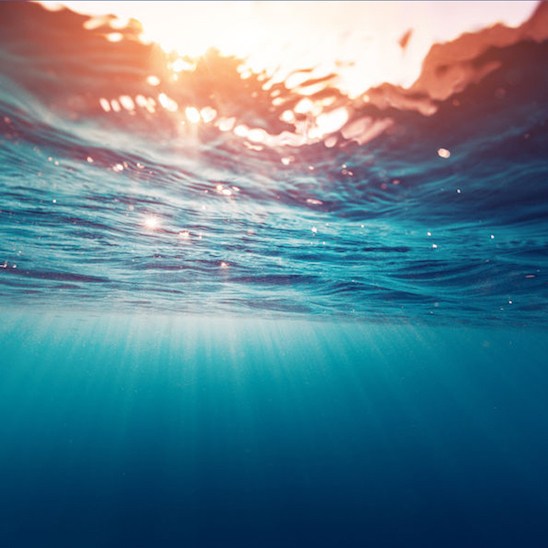 Since the circle seems to mediate harmonic patterns in a way no other shape will, Jenny also used disks and scattered them with liquids, plastics, metal filings and powders. He then vibrated the disks through the controlled medium of a crystal, observing that as the pitch ascended the musical scale, harmonic patterns on the disks also changed, many of them to organic shapes: the vanishing spirals of jelly, fish turrets, the concentric rings in plant growth, the patterns of tortoise shell or zebra stripes, the pentagonal stars of sea-urchins, the hexagonal cells of the honeycomb, etc.

All these are, of course, the same geometrical and vortical forms which one discerns underlying both the ordering of physical matter and the ordering of human consciousness into deeper dimensions of vision. With Chlandni figures, as well as with the crystals of sacred geometry, we see how symbols are not merely abstract ideas but actual ciphers and doorways to the vibrationary music which knits us all together. To he whose feelings are alive to depth, the forms of snow crystals, the mandela faces of flowers, actually resonate to the awakening harmony within him. It is only to the culture or individual which sees merely in three dimensions that the universe is an existential fluke of chemistry with no rhyme or purpose.

What is fascinating about Jenny’s work is that “fluid vibration” such as sound produces organic shapes in our three-dimensional, physical world. Another fluid vibration of course is thought. Might this, very special of all vibrations, be the holy grail of understanding how thoughts act upon the etheric web to produce our reality? Here I’m getting ahead of myself, so let us get back to the Chladni figures and see where it leads us.

With any one of the patterns, which “magically” emerged on the discs through playing various musical notes, there emerged always two patterns. The one formed by sand, and the background, which is free of sand. The runnels of sand, which we see are simply where sand has collected at the dead areas of the disk, whereas the “life” of the pattern is vibrating in the background behind, or between the runnels, where invisible energy is causing chaos to coalesce into form. The interesting paradox is that the visible expression of energy is the inverse of the actual vibrationary pattern, which is invisible. We are reminded again of the Gnostic assertions that the physical world is but a pale shadow, the mirror image or outermost shell of a supreme ordering energy that exists in another dimension.

Words, of course, are also vibrations. There is evidence to suggest that the script, where it remains, of sacred, liturgical languages (such as High Javanese or Hebrew) bears close scrutiny as to the vibrational effects it has on matter. Legends of the Navajo Indians, famous for their sand paintings, speak of the time when their shamans produced pictures in the sand merely by “speaking” to it. The genesis legends of Ethiopia tell of the origins of language, of how the first men could only sing, like the birds, or the wind in the reeds, but how gradually they forgot the tune and had eventually to make do simply with the speaking of words. The vibration of music, such a primal part of primitive expression, hints at a forgotten awareness of the rhythms and tones which actually keep us alive. And let us not forget that the Bible’s account of creation states quite clearly that the world was created by the “word” of God. This is commonly thought to be a poetic phrase, and what is inferred is that it was God’s wish or intention to create the world, and so it was done. But perhaps they meant to say exactly what they did. The deeper implication here is that a mystery language once existed whereby words were instantly manifested into reality, and that God is the founder and creator of this language. Incredulous to believe but then again, why not?

The ancient Aztecs of South America recognized that each individual had a particular note and pitch. With this “sound knowledge” a man could be purified and raised by vibrationary mantras. Perhaps the chants and liturgical rhythms of the church are shadows of a long vanished and forgotten wisdom of the early churches.

Many spiritual systems still change the names of novitiates in recognition of the fact that each time they are called by their new name they are being struck with a new vibrationary pitch, one which resonates to the inner palate they are trying to awaken. Name changing from this perspective emerges not only as a symbolic act, but as the actual re-tuning of an individual’s resonance to one more in harmony with his present axis of growth.

Polish physicist, the late Andrew Glazewski, who was also a Jesuit priest, spent almost half his life studying musical harmonics as well as infrasonic frequencies. “Atoms are known to be harmonic oscillators,” he wrote, “the nuclei being the oscillators themselves, the electrons and their orbits being seen as the reverberations and echoes of the periodic harmonic motions of the nucleus.” In Glazewski’s terms this is “the music” of the atomic scale. Glazewski further found that there is a sonic field that emanates from the human body and differs with each individual as radically as fingerprints. One could further state that all physical reality could quite accurately be thought of as music/sound that has taken on form. Our bodies, in this context, are vibrational music as distinct and unique as anything in the universe, singing and pulsating to their own rhythm.

Now back to thoughts. From the perspective we are taking, thoughts could be seen as “singing our reality alive.” Each thought, as the eminent neurologist Sir John Eccles wrote, indicates “…a river of a million sparking synapses, like a golden loom perpetually weaving and reweaving its way to a conclusion.”

I’m choosing to end on this poetic thought, for it is often through the heights of poetry or art that a transcendence happens to take us to places where reason cannot go. Often at these times something in us clicks and we go “Ah… I understand.” We of course don’t understand at all, but something larger, grandeur, awakens in us and we are left with the feeling that our life and the universe in which we inhabit it is much more miraculous than our limited perceptions of it would indicate. This is a wonderful and reassuring thought to have.