The Importance of Role Models

Hero worship shouldn’t disappear with adolescence. It can and should be a lifelong source of inspiration and motivation for us. Many of the most famous and influential people we know let great men and women shape their lives well into their own adulthood, and so can you.

Long before he ever became a Beatle, John Lennon idolized many of the old rhythm and blues greats, people like Chuck Berry and Muddy Waters. He had their pictures on his wall and used them as inspiration when he first began playing guitar. In this way he could influence his imagination by conceiving mentally that he was them. This process is not just idle daydreaming, but allows new creative ideas to be released from the subconscious. It allows us to move beyond our preconceived limitations and feelings of inadequacy. It is an excellent process for developing inspiration and creativity.

Woody Allen watched the Marx Brothers’ films hundreds of times and dreamed of being as funny and talented. It’s no secret that Groucho Marx was a major influence on the talented filmmaker. 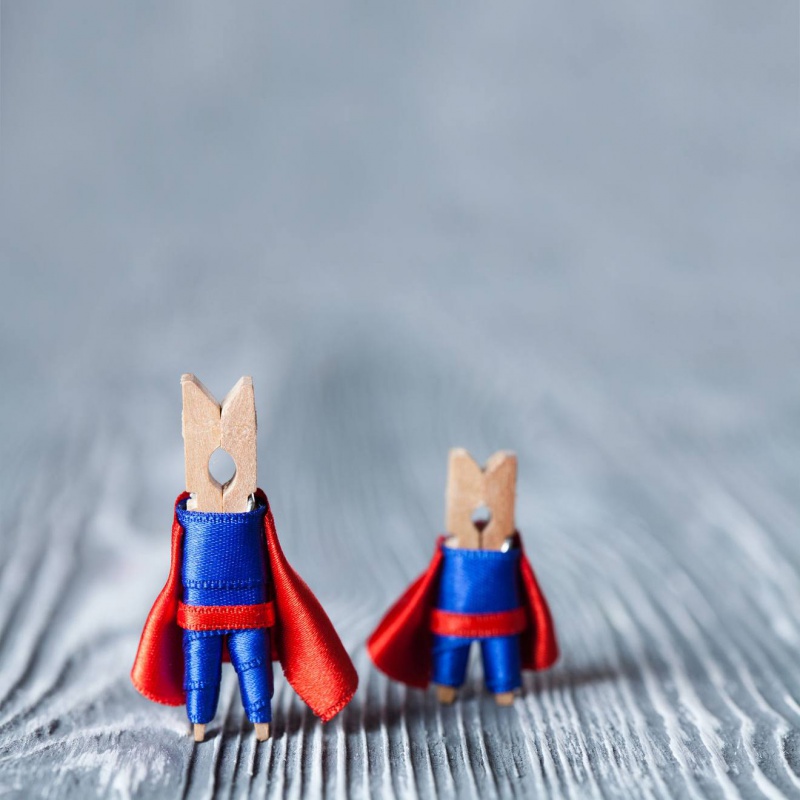 Billionaire Ted Turner, founder of CNN, studied the Greek classics in university. His father, a very practical businessman, couldn’t understand why his son was wasting his time with the classics. What he didn’t realize was that Ted was conditioning his mind with images of the fabled Greek heroes who seized opportunities, turned sure defeats into victories, and surmounted countless obstacles in order to win. Sounds familiar? It certainly does to those who watched the meteoric rise and breathtaking moves made by one of America’s most exiting and successful businessmen. [And congratulations Ted on giving away one billion dollars to charity. For those of you who might not have heard, Ted announced last month that he would give one billion dollars to the United Nations for humanitarian purposes. I hope you now become a role model for many of the world’s millionaires. I know you’re certainly one of mine and have been for many years.]

Singer Whitney Houston watched her older cousin Dionne Warwick release hit after hit and dreamed of one day being just like her. She was lucky in that she had a family member to model herself after as she made her way to super stardom. But you don’t have to know the person in order to model yourself after them. Few of us get that chance.

A millionaire clothing manufacturer once shared with me how in her early struggling years, she would draw inspiration from other successful women. She had pictures on her wall of prominent women who had made it. They became her mentors. Each time she looked at the pictures it gave her encouragement. If they could do it, she could too, she reminded herself. And she did!

All big companies that pride themselves on excellence have what is called their «war stories.» IBM, Microsoft, 3M, and Hewlett Packard, all have them; stories of past employees who performed great feats under difficult circumstances. These were people who achieved spectacular results; men and women who did the impossible, who surmounted all odds and won. They became part of the companies’ lore, like folk legends, and today continue to inspire others to carry on in the same tradition.

We all need to know that what we’re trying to accomplish can in fact be achieved. Perhaps it will take an almost superhuman effort, but we have to believe that if we harness all our resources and determination, it can be done. And this is what our heroes can do for us-they can prove to us that our goals are not impossible.

They can also show us how to proceed in any given situation, especially a difficult one. In Mind Power Into the 21st Century I mention the example of Napoleon Hill, millionaire author of Think and Grow Rich, who regularly convened, in his mind, his «invisible counselors.» He chose nine men whose lives and life works had been most impressive to him. Just before going to sleep at night he would close his eyes and imagine this group of men seated with him around his council table. He would discuss what projects he was working on and ask for assistance. Although these sessions occurred entirely in his imagination, the ideas generated through this process led him «into glorious paths of adventure and wealth.»

When we model ourselves after those who have achieved greatness, we take on their character, their strengths and determination. Soon their success leads to our success, and in the process we better ourselves. It’s a win-win proposition.

Role modeling is an effective and powerful step in achieving success because it supplies us with inspiration and encourages us to move beyond temporary failures. It also stimulates the creative imagination and draws from the subconscious mind ideas and insights which would not come to us unless we were so inspired.

And let us not forget the most important principle of all. What you think about, dwell upon, focus on will make an imprint on a subconscious level if thought of regularly each and every day. You can imprint the qualities of your mentors within. This ultimately is the greatest gift they give us. So choose your heroes and role models wisely, and let them lift you to heights you could not accomplish on your own.