I’ve asked Steve Tsakiris, a brilliant and innovative sound therapist, to share some of his wisdom with our web viewers on this fascinating field. The following is what he has given us:

Quantum Physics tells us that everything is a vibration of energy. Even solid objects like walls and mountains and our physical bodies, are vibrations of energy at different frequencies. Solid matter is actually quite empty when viewed from a quantum level. Our thoughts are also vibrations of energy. And now there is compelling evidence that these vibrations are made of sound. 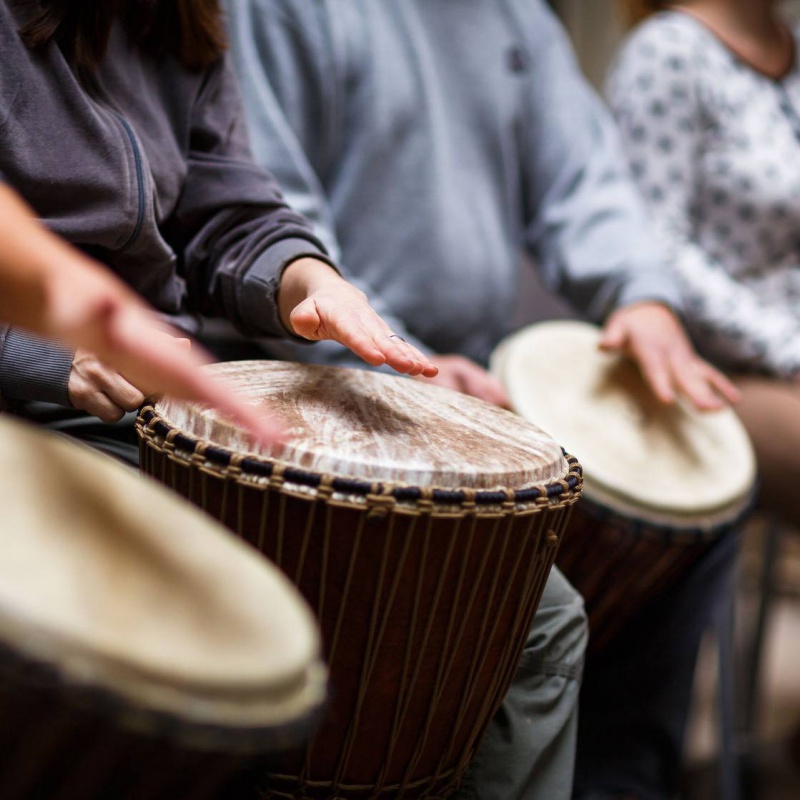 Our religions also seem to agree: The ancient Vedic scriptures say, «Nada Brahma» — the world is Sound. In the Hindu tradition as well as in the creation stories of many cultures, including the Aztecs, the Persians, the Inuit and the Malayans, it was believed that the Universe was created by sound. The Bible says, «In the beginning was the word…», and what is a word but a sound? Interestingly, even scientists refer to the creation of the Universe as a sound. They call it «The Big Bang.»

Taking this a step further, anything that vibrates creates a sound. This may be audible or inaudible. Blow a dog whistle and your dog reacts. You hear nothing but he does. Whales and dolphins can hear frequencies far outside of our spectrum of hearing. An important starting point in understanding the principles of Sound Therapy is to recognize that: Sound exists beyond that which we can hear. Sound is in fact quite a magical and mysterious entity. Think of it as the substance that makes up everything that exists in the universe — visible and invisible. We live within a giant vibrating orchestra, and we are musicians and conductors in the orchestra.

If you scatter iron filings onto a glass pane and drag a violin bow across the edge, patterns will emerge on the surface. These are a result of the vibration (sound) caused by the bow. Experiments, carried out in the 1950s by Dr. Hans Jenny using a machine called a Tonoscope, showed that there is a direct relationship between sound and physical form. In fact, sound creates form. This may seem arbitrary, but let me emphasize it because it is far more profound than it seems: Sound Creates Form.

In his experiments, Dr. Jenny was able to show that frequencies of sound created life-like shapes out of inert materials (liquids, pastes, soil particles). Some of these resembled galaxies. Others resembled storm systems as seen from modern day satellites. Two-dimensional and three-dimensional shapes. A moving snake appeared by resonating a drop of water on some Vaseline. Mountain ranges took shape out of pastes. The higher the frequency the more complex the shapes. Cells in the process of division and living creatures materialized out of ‘dead’ matter. As long as the sound was sustained, they were ‘alive’. As soon as it was removed, they returned to their inert, lifeless state. Isn’t this what happens to our body when we die? As long as our Life Force runs through it we are animated. When it leaves us, the body returns to inert matter, to flesh and bones that decay into their original elements. Ashes to ashes, dust to dust.

Sound Therapy is the knowledgeable use of sound to harmonize the human being. It works on the physical level, affecting the cells that make up our body. It works on the emotional level, guiding us to places deep within that we cannot reach on our own. It works on the level of the mind, helping us to access deep-seated unconscious thoughts, ideas and beliefs. It works on the brain, balancing the frequencies that are part of the process of thinking, learning, relaxing. It helps to restore balance in the physical, mental, emotional and spiritual aspects of life.

Sound connects us to our environment and to the Universe. We live in a Quantum Soup of Sound. We Dance to the Sound of the Divine Song. Music is often called «food for the soul», and indeed it is. There isn’t a single spiritual tradition that doesn’t use some form of sound. From the hymns of the Christian church, to the chants of the eastern traditions, to the drumming of the Shaman. Plato talked about “the music of the spheres”. Pythagoras, well known as a mathematician, was also a sound healer. He trained in the Egyptian Mystery Schools. He invented musical instruments for healing and described music using the language of mathematics.

Since modern science has confirmed that sound effects us on many different levels, we can now go ahead and explore the many diverse avenues available for us to use. We need to make sound a meaningful and constructive tool in our life. A tool for physical health, mental stability, emotional processing and even spiritual enlightenment. With awareness and intent, there is no area that cannot be affected by sound. This truly is a sound foundation for transformation. We are, after all, Beings made of Sound.

My experiences have shown me beyond doubt that there is something of great importance here and this needs to be explored, experimented with and expanded. Simply stated, Sound Therapy is a revolutionary and user-friendly practice that is now ready to reclaim its rightful place in the world of healing and self therapy.

How can you bring sound into your life as a tool for personal development? Do you need a sound healer? Well, actually, you are a sound healer. It’s part of you; it’s just that no one ever told you this before. Next month I will share some ideas and techniques for working with sound as a practical and effective tool in your everyday life.