(Continued from: Quantum Leaps in Thinking — Part I)

We left off last month with my advice to daily contemplate and affirm: «Nothing is impossible to one who dares to believe and acts daily to actualize that belief.» If you followed this advice, two key points will now be resonating within you. First, that «daring to believe» will open up ideas and possibilities that you hadn’t even conceived of prior to exercising your mind in this way. That’s the way it works. You always start with your thoughts. Secondly, that believing is not enough, no matter how much faith and certainty that you have in that belief. It must be followed by action. What kind of action? Daily action designed specifically to actualize your vision. It is a two-part process. One without the other will not allow you to succeed in a quantum way. 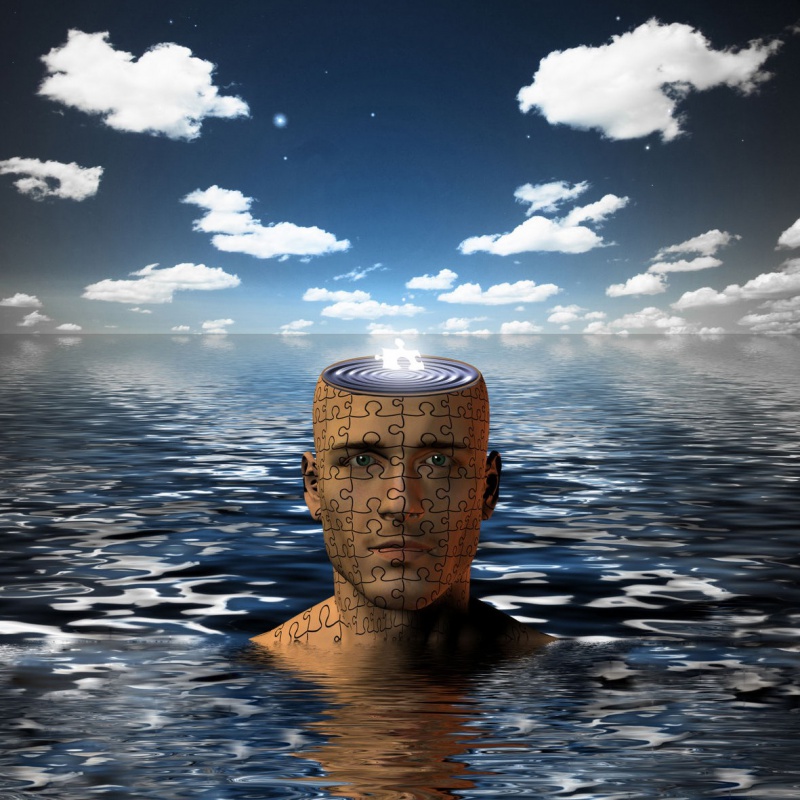 But there is a step even before believing and acting. One must know, understand and be very clear about what it is you want to achieve. You must have not some vague abstract concept, but rather a burning desire for something to happen. It can be as large a goal as eliminating world poverty, or as small as losing ten pounds, but whatever it is, it must be clear and understandable. So make your decisions. Nothing will happen in a quantum way till you have clearly defined goals.

Once a goal has been set, your next task is to believe it can be achieved. Quantum leaps don’t happen for those who simply hope for the best. You must «dare to believe.» You must condition your mind to see the end result clearly and believe it will happen. Fortunately, Mind Power exercises such as visualization and affirmations prime the mind to believe. When you visualize daily, seeing yourself as having already achieved the goals, this creates powerful vibrations in the matrix and attracts the ideas and opportunities that allow one to achieve it. Don’t wonder how it will happen, or what all the steps will be in order for success to happen. You never get to know ahead of time what strange and mysterious route success will take. All you need to know is what steps to take today. Today is your point of power. Look after today in thought and action and more will be revealed to you tomorrow and more again the day after. But first you believe. Belief comes from working daily, following a designed Mind Power program. Belief also comes from having role models. To know that others before you have achieved similar results in similar circumstances gives you confidence that you too can do it if you put your mind and effort into achieving your goal.

If your goal is to make social changes in our world, then you can study and identify with the beliefs and actions of Ghandi, Dr. Martin Luther King, Mother Theresa, or Rex Wyler, the co-founder of Green Peace, to name but a few. Not to mention countless men and women who act locally in shelters, food banks, and numerous non-profit organizations. Learn to think and act as they thought and acted. Pick up their energy and spirit by learning how they brought their ideals into fruition.

If you want to change careers, then have role models of those who have successfully changed careers. Millions of people do it every year. In my book Money Success & You, I share the story of how Dominic Chang, a banker, turned his love of gold into a thriving business and made $100 million, all in six years. Now that’s a quantum leap. No matter what area you wish to excel in there are role models and examples that can inspire you to believe.

A few weeks ago, a reader e-mailed me to say how she was inspired by the information in Last Month’s Topic about how my wife, in her mid 40s, «morphed herself into a filmmaker.» She loved both the term «morphed,» and the fact that one could do that. For that woman my wife became an inspiration and role model. That’s wonderful. My wife was thrilled that it had that effect. You never know who your actions are going to affect. That’s why one of my favourite sayings is, «Your success helps many people. Your failure helps no one.» Even the late great John Lennon had the role models of Chuck Barry and Muddy Waters long before he became a Beatle. Use others’ success to help you believe.

Let me repeat: «Nothing is impossible to one who dares to believe and acts daily to actualize that belief.»

Now the second part of the equation: Act daily to actualize that belief. And this leads directly to the number one barrier that prevents individuals from success and achievement: procrastination. To harness the quantum changes that life offers you, you must move beyond inertia and procrastination into daily action. Inspired action. Action that flows from your belief that you can indeed achieve the goals which you have set for yourself.

Russian mystic Gurdjieff once said, «Don’t think of results, just do.» Results always follow action. Ask yourself as soon as you finish reading this topic, «What five activities can I do today that will get me closer to my goal?» When you’ve answered that question, then start doing them. Is it an e-mail, a phone call, an activity, an interview? Get movement and action happening. Tomorrow do the same, the day after the same again. Be in love with action and activity. Trust the magic and synchronicity of inspired action. Inspired action not once in a while, not when you feel like it, but daily, inspired action. Daily inspired action that reveals itself to you today. You only have today to work with. Honor this day by doing what reveals itself to you. Fall in love with «doing.»

Notice how «doing» always produces results, and then reveals more things to be done. Then doing these new things produces still more and different things to do, which in turn reveals new horizons and opportunities, and it never stops. That’s why Gurdjieff said, «Don’t think of results, just do.» Doing contains magic. You will never find any great achiever who has not mastered the art of inspired action.

Those inspired and fortunate individuals, and hopefully there are many of you reading this topic who fall into this category, and yes, I’m talking about you. Those individuals who dare to believe in quantum possibilities in their life and act daily to actualize them, will harness the entire power of the universe to come and assist them. They will be greeted by fortuitous events and people everywhere they go. Not because they are lucky, but because it is the law of our being. Our possibilities for change, success, creativity, health, happiness, and every other goal we can conceive of are within us now. Following the practices of quantum thinking will lead you beyond even our wildest imaginings. Quantum reality awaits your discovery of it. Release your inhibitions and doubts and begin acting. The rest will reveal itself to you as you daily progress in this way.