How the Mind Helps to Heal the Body

In her office in Little Rock, Arkansas, a thirty-nine-year-old woman sits deep in meditation. A regular meditator, she has been practicing for almost nine years and invariably finds it helps her relax. Today, however, her practice will take on a new twist. Using a simple visualization technique she will attempt to control her immune system under the watchful eyes of several researchers from the University of Arkansas Medical faculty. It’s part of an experiment to further understand the remarkable mind/body connection.

The team is headed by psychiatrist G. Richard Smith, who wants to see if the woman can turn her immune system’s response up or down like the volume of a radio. The experiment begins with a simple injection of chicken pox virus on the underside of the woman’s arm. Because she has already had chicken pox, the researchers know she can’t develop the disease from the injection. But they also know that her immune system will «recognize» the virus and respond to it by causing a small bump to rise at the injection site within 48 hours. 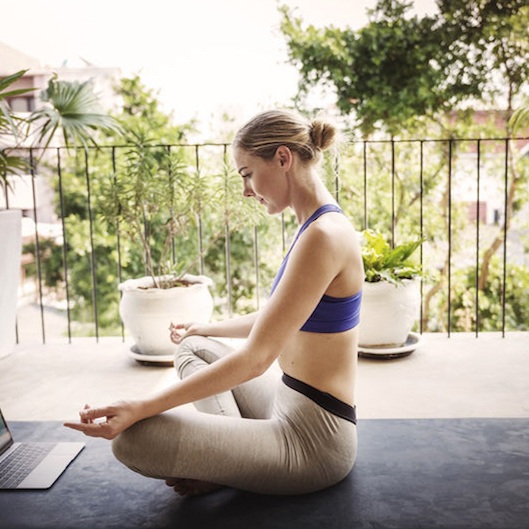 Sure enough, a nickel-size bump appears and then slowly fades over the next four to five days. Blood samples confirm the skin test: Her white blood cell count increases as her immune system confronts the virus.  After the researchers repeat this test twice, the real experiment begins. Can the woman actually lessen her white blood cells reaction to the virus?

The virus is injected three more times over the next three weeks. Each time, the woman conjures up mental images depicting fewer white blood cells and a smaller bump. And each time blood tests confirm smaller counts of white cells, and the bump is one half to one third the original size.

Finally, the woman is instructed to let her immune response return to normal for a few more injections. It does, and the bumps become nickel-sized again. «We were startled by the outcome,» says Dr. Smith.

But the Arkansas experiment is just one of thousands of new studies exploring the methods by which visualization can assist in fighting illness and enhancing health. Cell biologist Joan Borysenko was a twenty-four-year-old cancer researcher at Harvard Medical School when she started to use meditation and guided imagery. A strict scientist, she was doubtful, but she had a personal need. The rigors of divorced motherhood and lab work had taken their toll: migraines, spastic colon, bronchitis and high blood pressure. Medicine helped, but not enough. Desperate, she took meditation training and practiced visualization. The first time she tried it she struggled, but she persisted and in time the pain subsided. «I was left with a feeling of having been washed clean, like the earth after a heavy rain,» she said.

Today, Dr. Borysenko is founder and director at the Mind/Body Group working at Boston’s New England Deaconess Hospital. She and her colleagues use meditation, guided imagery, and other techniques in taking patients, including those with AIDS, referred to them by Boston physicians who want to add this dimension to standard treatments.

Exactly how imagery and relaxation exert their effects on the body is still a source of speculation. But the answers may lie in exciting new discoveries about brain chemicals made by such researchers as neuroscientist Candace Pert, Section Chief of Brain Biochemistry at the National Institute of Mental Health.

Brain cells, or neurons have long been known to communicate with each other through chemical signals. But in the past, these signals were thought to move only in paths present between cells. In recent years, however, Pert and other scientists have uncovered another communication system: chemicals that work like free-floating telegrams, sending messages between cells in different parts of the brain, and between the brain and other parts of the body. Some of these substances, such as insulin, have been known for years, but scientists are now discovering that they are produced by the brain, not just by organs like the pancreas.

So far, about forty to fifty of these chemicals are known to be manufactured by the brain. Technically they’re called neuropeptides, though Pert refers to them as «molecules of emotion» because so many are directly linked to emotional states. It’s possible, even probable that visualization techniques cause such chemicals to be released in the body.

The idea that the mind and body are engaged in two-way conversation is nothing new. Even the most skeptical doctors will usually acknowledge that sheer willpower often pulls patients through life-threatening illnesses or injuries. Now, with the realization that the brain can actually jumpstart and enhance the body’s immune system, we are in a whole new dimension of possibility.

With over thirty years of extensive, rigorous testing to appease the most scientific mind, the proof is in – it works! The opportunities to exploit this remarkable connection are as wide and varied as our imaginations. Your thoughts used creatively will affect your body in a very noticeable and beneficial way.